Pastor Tony grew up in Louisville, Kentucky. In 1990, he became a Christian at a summer retreat.

Pastor Tony graduated from University of Illinois of Urbana-Champaign (‘94), and received his Masters in Electrical Engineering from UC Berkeley. After working for Hewlett Packard as an electrical engineer for three years, he enrolled at Talbot Theological Seminary, receiving his Masters of Divinity ('02) and Masters of Theology ('04). While studying at Talbot, Pastor Tony served as a pastoral intern at FCBC and in 2004, he became the Pastor of Youth Ministry. In 2011, Pastor Tony became the Pastor of English Ministry.

He and his wife, Renee, have been married since 2005 and have one son, Isaiah. Pastor Tony is an avid sports fan and has a passion for preaching God's Word and training teachers. He is always open to suggestions for a new book, game, or place to eat. 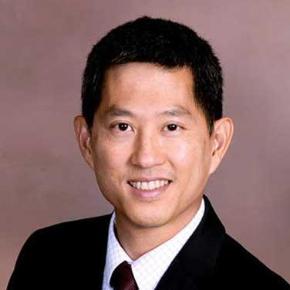 Dear FCBC family, As we prepare for Good Friday and Resurrection Sunday, it is a new experience to do so in the midst of our stay at home orders. As an attempt to work with the situation at hand, we will need to do more of our celebration for these events in our own homes. We...

How do we view this coronavirus from a biblical-theological worldview? In the last post, we looked at how the coronavirus, disease and death are a result of the fall. The fall isn’t limited to the evils in the world, but also include all the evils within the human heart that...

How do we view this coronavirus from a biblical-theological world view? As we encounter what for us is a new and probably once in a lifetime experience of a worldwide epidemic, we find that people including ourselves tend to respond from pole to pole.  Some fear the...

Sermons on the Psalms

Over the next few months we will be going through a new sermon series on selected Psalms.  The psalms have always been one of the favorite books throughout history.  Jesus quoted the psalms frequently and naturally as if He had the psalter memorized.  The...

Recently I have been reading the book Side by Side by Ed Welch and it is fast becoming one of my favorites.  I could probably list a number of reasons why that's so and how it has impacted me but I'd like to just focus on one which aligns with last week's sermon....

Therefore Jesus answered and was saying to them, "Truly, truly, I say to you, the Son can do nothing of Himself, unless it is something He sees the Father doing; for whatever the Father does, these things the Son also does in like manner. For the Father loves the Son, and shows Him all things that He Himself is doing; and the Father will show Him greater works than these, so that you will marvel."